We are less than three weeks away from Halloween folks. That means that some of you are just tuning into this wondrous season and the rest of you are already out enjoying its bounty. For this convergence on celebrants, I would like to direct attention to one of my all-time favorite writer/directors. 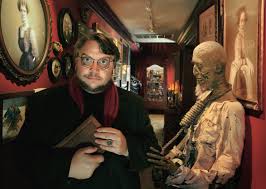 If you are a geek and you don’t know who this man is, you should be ashamed… shame… Shame! Good, now that that’s over, join me on the fangirl train.

Guillermo’s credits are as vast as they are diverse. In the nerd realm, he has been a part of blockbusters such as The Hobbit and Pacific Rim. He co-wrote The Strain novels and directed the TV pilot. He contributes to a web series called Trailers from Hell that reviews trailers for genre movies. He has worked with DC and major videogame producers. And just to circle back to movies, he directed such cult classics as Blade II and Hellboy!  This is what he had to say about his Hellboy experience: 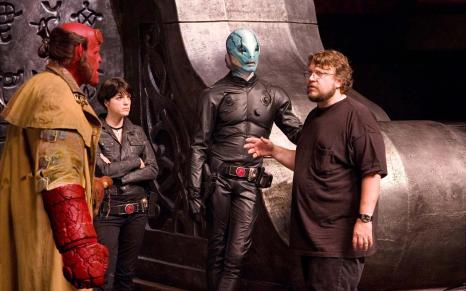 “People say, you know, “I like your Spanish movies more than I like your English-language movies because they are not as personal”, and I go “Fuck, you’re wrong!” Hellboy is as personal to me as Pan’s Labyrinth. They’re tonally different, and yes, of course you can like one more than the other – the other one may seem banal or whatever it is that you don’t like. But it really is part of the same movie. You make one movie.” —Guillermo del Toro, Twitch Film, January 15, 2013

He is a fanboy at heart. What makes him perfect for this season is he also loves all things frightening. Don’t believe me, check out his current exhibition at The Los Angeles County Museum of Art. 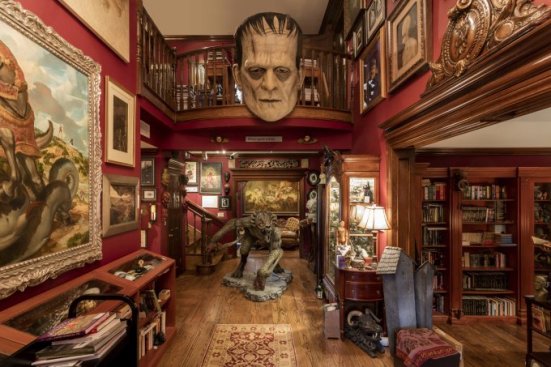 The man loves monsters so much, that he brings them home with him. He also has so many monsters in his work and in his house that the current LACMA exhibition can’t even hold all of them! Which brings us to his latest film that goes bump in the night.

This is not your jump scare chainsaw massacre; this is a beautifully rendered film with a decadent gothic soul. Every scrap of art direction in this movie is a masterpiece. Every shot looks like it should be framed and hung on your wall. Even the acting is superb, a treat not always seen in horror movies. To be frank, I didn’t understand all the Tom Hiddleston hype was all about until I saw this movie. I was just never really into Loki that way, but Thomas Sharp had me like…

Which brings me to the main reason I adore Crimson Peak. I love monsters that push the narrative but aren’t the real focus of the plot. I love stories that show us that what is truly terrifying is not the things that go bump in the night. In my opinion, that is the heart and the purpose of the horror genre, to scare you shitless by holding up a mirror to our inner selves. So go, watch this film, and then go do some contemplation in front of your own mirror.